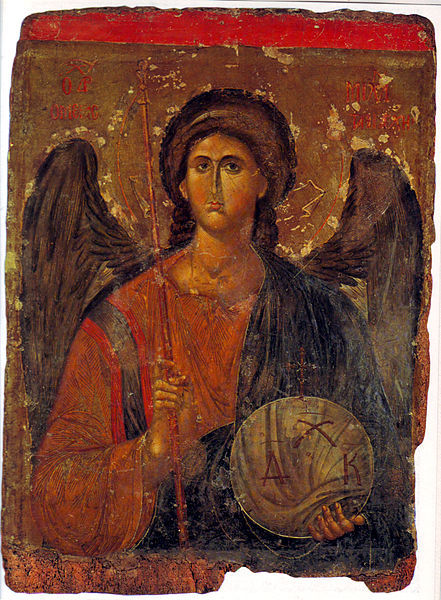 O EVERLASTING God, who hast ordained and constituted the services of Angels and men in a wonderful order: Mercifully grant that, as thy holy Angels alway do thee service in heaven, so by thy appointment they may succour and defend us on earth; through Jesus Christ our Lord. Amen.

THERE was war in heaven: Michael and his angels fought against the dragon; and the dragon fought and his angels, and prevailed not, neither was their place found any more in heaven. And the great dragon was cast out, that old serpent, called the devil and Satan, which deceiveth the whole world; he was cast out into the earth, and his angels were cast out with him. And I heard a loud voice saying in heaven, Now is come salvation, and power, and the kingdom of our God, and the authority of his Christ: for the accuser of our brethren is cast down, which accused them before our God day and night. And they overcame him by the blood of the Lamb, and by the word of their testimony; and they loved not their lives unto the death.

AT the same time came the disciples unto Jesus, saying, Who is the greatest in the kingdom of heaven? And Jesus called a little child unto him, and set him in the midst of them, and said, Verily I say unto you, Except ye be converted, and become as little children, ye shall not enter into the kingdom of heaven. Whosoever therefore shall humble himself as this little child, the same is greatest in the kingdom of heaven. And whoso shall receive one such little child in my name, receiveth me. But whoso shall offend one of these little ones which believe in me, it were better for him that a millstone were hanged about his neck, and that he were drowned in the depth of the sea. Woe unto the world because of offences: for it must needs be that offences come: but woe to that man by whom the offence cometh. Wherefore if thy hand or thy foot offend thee, cut them off, and cast them from thee: it is better for thee to enter into life halt or maimed, rather than having two hands or two feet to be cast into everlasting fire. And if thine eye offend thee, pluck it out, and cast it from thee: it is better for thee to enter into life with one eye, rather than having two eyes to be cast into hell-fire. Take heed that ye despise not one of these little ones; for I say unto you, that in heaven their angels do always behold the face of my Father which is in heaven.

Artwork: Icon of  Saint Michael, from a 14th century Constantinople workshop. Exhibited in the Byzantine and Christian Museum in Athens.