The Nativity of Our Lord 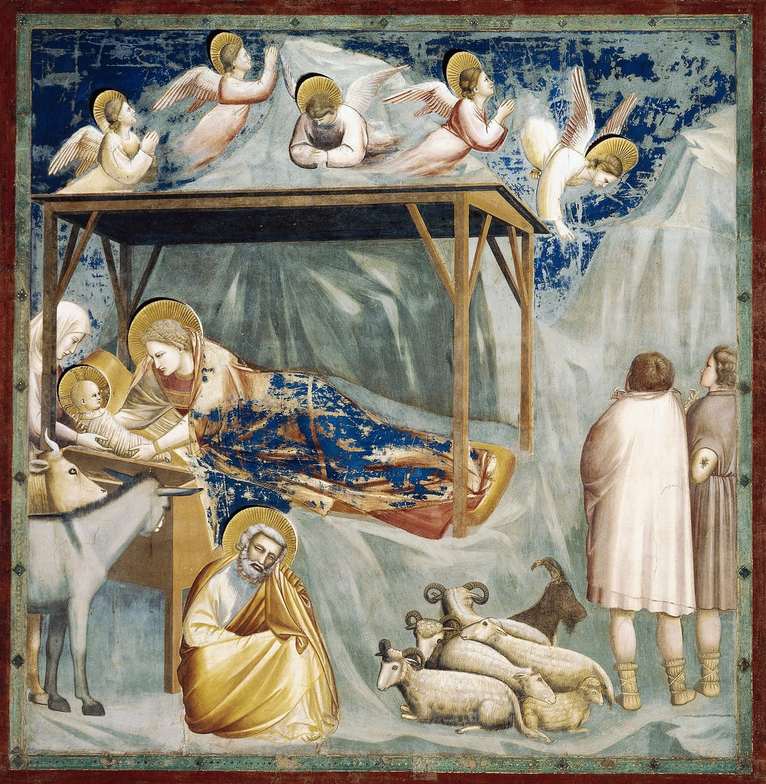 The collect and readings - as well as the Bishop's sermons, video and other resources - for the Nativity of Our Lord, commonly called Christmas Day (25 December).

These Anthems shall be sung or said instead of Venite at Morning Prayer, and may be used at the Holy Communion except when the latter Service is combined with Morning Prayer.

Behold a virgin shall conceive and bear a son, / and shall call his name Immanuel.Isaiah 7. 14.

In this was manifested the love of God toward us, / because that God sent his only-begotten Son into the world that we might live through him.1 St John 4. 9.

Blessed be the God and Father of our Lord Jesus Christ, / who hath blessed us with all spiritual blessings in heavenly places in Christ.Ephesians 1. 3.

Glory be to the Father, and to the Son, / and to the Holy Ghost;As it was in the beginning, is now, and ever shall be, / world without end. Amen.

The Collect for Christmas

Almighty God, who hast given us thy only begotten Son to take our nature upon him, and as at this time to be born of a pure Virgin: Grant that we being regenerate, and made thy children by adoption and grace, may daily be renewed by thy Holy Spirit; through the same our Lord Jesus Christ, who liveth and reigneth with thee and the same Spirit, ever one God, world without end. Amen.

Long ago, at many times and in many ways, God spoke to our fathers by the prophets, but in these last days he has spoken to us by his Son, whom he appointed the heir of all things, through whom also he created the world. He is the radiance of the glory of God and the exact imprint of his nature, and he upholds the universe by the word of his power. After making purification for sins, he sat down at the right hand of the Majesty on high, having become as much superior to angels as the name he has inherited is more excellent than theirs.

For to which of the angels did God ever say,

“You are my Son,
today I have begotten you”?

And again, when he brings the firstborn into the world, he says,

“Let all God's angels worship him.”

Of the angels he says,

“He makes his angels winds,
and his ministers a flame of fire.”

But of the Son he says,

“Your throne, O God, is forever and ever,
the scepter of uprightness is the scepter of your kingdom.
You have loved righteousness and hated wickedness;
therefore God, your God, has anointed you
with the oil of gladness beyond your companions.”

“You, Lord, laid the foundation of the earth in the beginning,
and the heavens are the work of your hands;
they will perish, but you remain;
they will all wear out like a garment,
like a robe you will roll them up,
like a garment they will be changed.
But you are the same,
and your years will have no end.” (ESV)

Show yourselves joyful unto the LORD, all ye lands: / sing, rejoice, and give thanks.

Praise the LORD upon the harp: / sing to the harp with a psalm of thanksgiving. Alleluia! Alleluia!

With trumpets also and the sound of the horn, / O show yourselves joyful before the LORD, the King. Alleluia!

The true light, which gives light to everyone, was coming into the world. He was in the world, and the world was made through him, yet the world did not know him. He came to his own, and his own people did not receive him. But to all who did receive him, who believed in his name, he gave the right to become children of God, who were born, not of blood nor of the will of the flesh nor of the will of man, but of God.

And the Word became flesh and dwelt among us, and we have seen his glory, glory as of the only Son from the Father, full of grace and truth. (ESV)